How It All Started

Have you had something that grabbed your heart and wouldn’t let go?

That was the issue of modern day slavery for our founder, Buddy Rathmell. After watching a video of Francis Chan speak at the Freedom Summit in 2009 he began to pray that God would end the problem on human trafficking and modern day slavery.

About 10 times over the next 5 weeks Buddy was up at night praying that God would move. Finally, one night Buddy felt like God said, “Maybe you should be part of the solution.” Over the following month the vision of Stop Slavery was formed.

Originally the plan was to raise a lot of money to combat human trafficking and not get involved in hands on work. The reverse has actually been the reality. Stop Slavery has gotten involved in hands on work, which you can read about on the next page, and not raised much money, which you can help to change by going to the Donate Page and becoming a Hero. 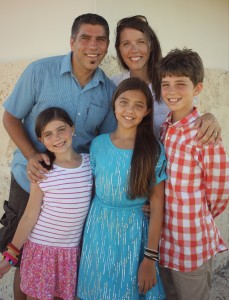 Buddy & Jen Rathmell Founded Stop Slavery on Oct 5, 2009 and received 501 (c) 3 Non Profit status in the summer of 2010. In January, 2011 they moved to South East Asia to start a discipleship training school and so they could more directly be involved in the work of fighting human trafficking. The first 2 years were discouraging for them as not much progress or success was visible but the groundwork was being laid for better things to come. In year 3 they were able to see traction and fruit in the anti human trafficking work.

Buddy & Jen have a heart for discipleship and to see God glorified in the nations. Jen is a counselor and also teaches at a missionary school in Chiang Mai. Both Buddy and Jen get the opportunity to use their gifting to speak in Thailand and around the world. They are launching CEO Shortcut as a way to combine their heart for discipleship and launching Christ-Centered Entrepreneurs. 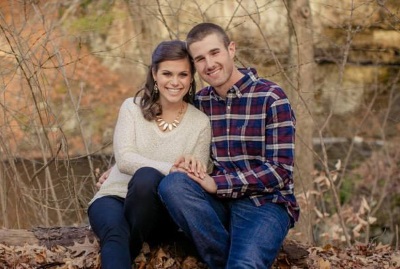 Kayty and Colby discovered their heart for the people of Thailand during their college years. After a stirring in their heart to respond to the crisis of modern day slavery they will be working alongside a local organization to seek justice and restoration in Northern Thailand. Utilizing their backgrounds in Social Work and Criminal Justice, they are anxiously awaiting all that God will do during their time on the field! Colby and Kayty find great value in relationship building and can be found in the outdoors during their free time! 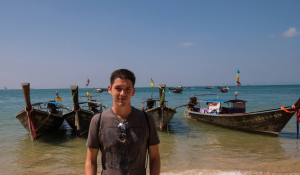 Peter has focused on creating and maintaining websites for StopSlavery, leading efforts in social media, web marketing and SEO. He worked on a variety of web-based projects for StopSlavery and occasionally provided photography assistance for mission teams coming from oversea and the organization’s website and social media. He is currently working on a limited part time bases, having returned to America to pursue opportunities there. When not working, he can often be found playing or watching soccer. 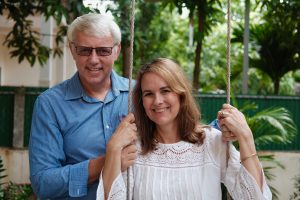 Mark and Kerry have been working in the prevention of child sex slavery since 2015. Before that, they worked with Cadence International for just under 20years providing youth ministry for American military dependents. During their time with Cadence, they lived in Germany and two places in Japan. They have 2 married children and 3 grandchildren.

God called them to work in the prevention of trafficking during their time with Cadence International. Their values run deep in protecting children from sexual exploitation and seeing children come to know Christ and become fully devoted followers of Him. They will be co-leading a ministry in southeast Asia that provides safe homes for high-risk children. They also are looking to start a new branch of ministry reaching 11-15 year old girls being groomed for exploitation in the night club scene. 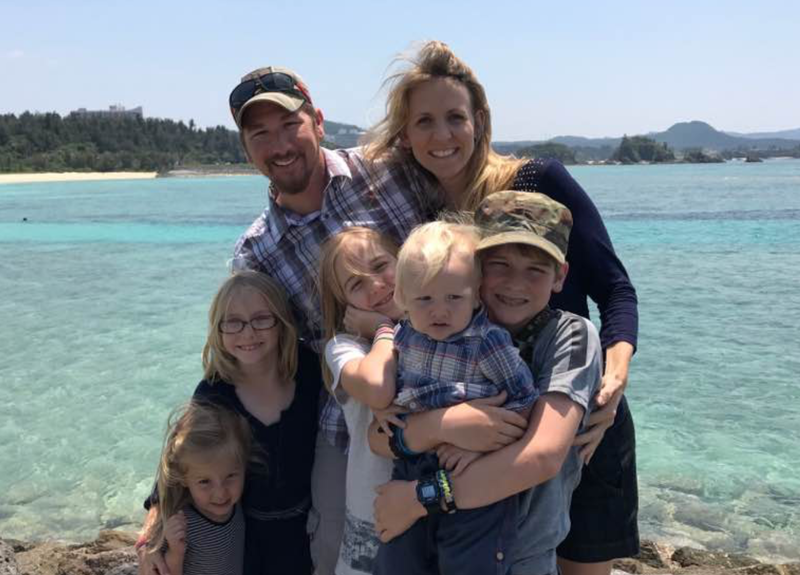 Mike and Jennie have long felt a tug to be involved in missions and to make a difference in the world.  The Gaudet Family decided to join the CEO Shortcut project both as interns and participants.  They came alongside to help with the inaugural 8 month CEO Shortcut program. In August of 2018, they became full-time missionaries with Stop Slavery and are seeking to raise support to be on the field for the foreseeable future.

The Gaudet’s have 6 wonderful, adventurous, loving children that will be experiencing the international mission field first-hand: Connor, 13; Annika, 11; McKenna, 8; Lucienne, 5; Finn, 2 and Bennet; Please pray for this family as they embark on this calling! 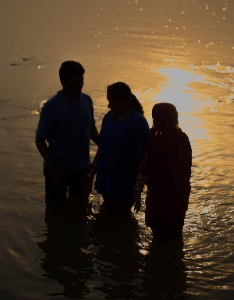 For a number of years we have been supporting two indigenous missionaries in a place on
the globe their identity needs to be kept secret. Starting in 2017 one missionary is being led
to work in a city and will no longer be supported by Stop Slavery. Together these two have
started over 50 Truth Groups, baptized countless believers and planted 4 churches.

We are still supporting one of the missionaries and very proud of the work they are doing in
proclaiming Jesus Christ to those who do not know him.

Leading a Village to Christ 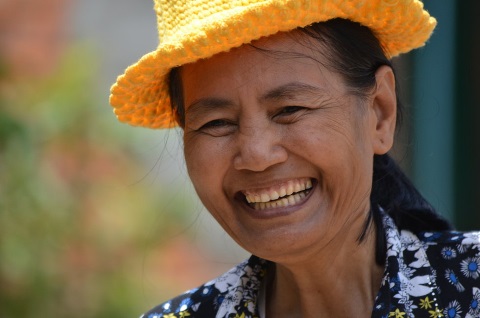 The Widow has been tirelessly working in her own village to minister to, and share the gospel with those around her. She leads a church service on Sundays, and supports various other activities throughout the week. She started her church with just a roof to stop the rain, and seating on the ground. In rainy season, flooding would make it impossible to meet in this location because it was covered with water. But over the last few years, Stop Slavery has partnered with mission teams who have come in and built a church that is off the ground, so that flooding is no longer an issue. The church continues to grow in this village with the Widow reaching many of her neighbors.

Next:  What We Do